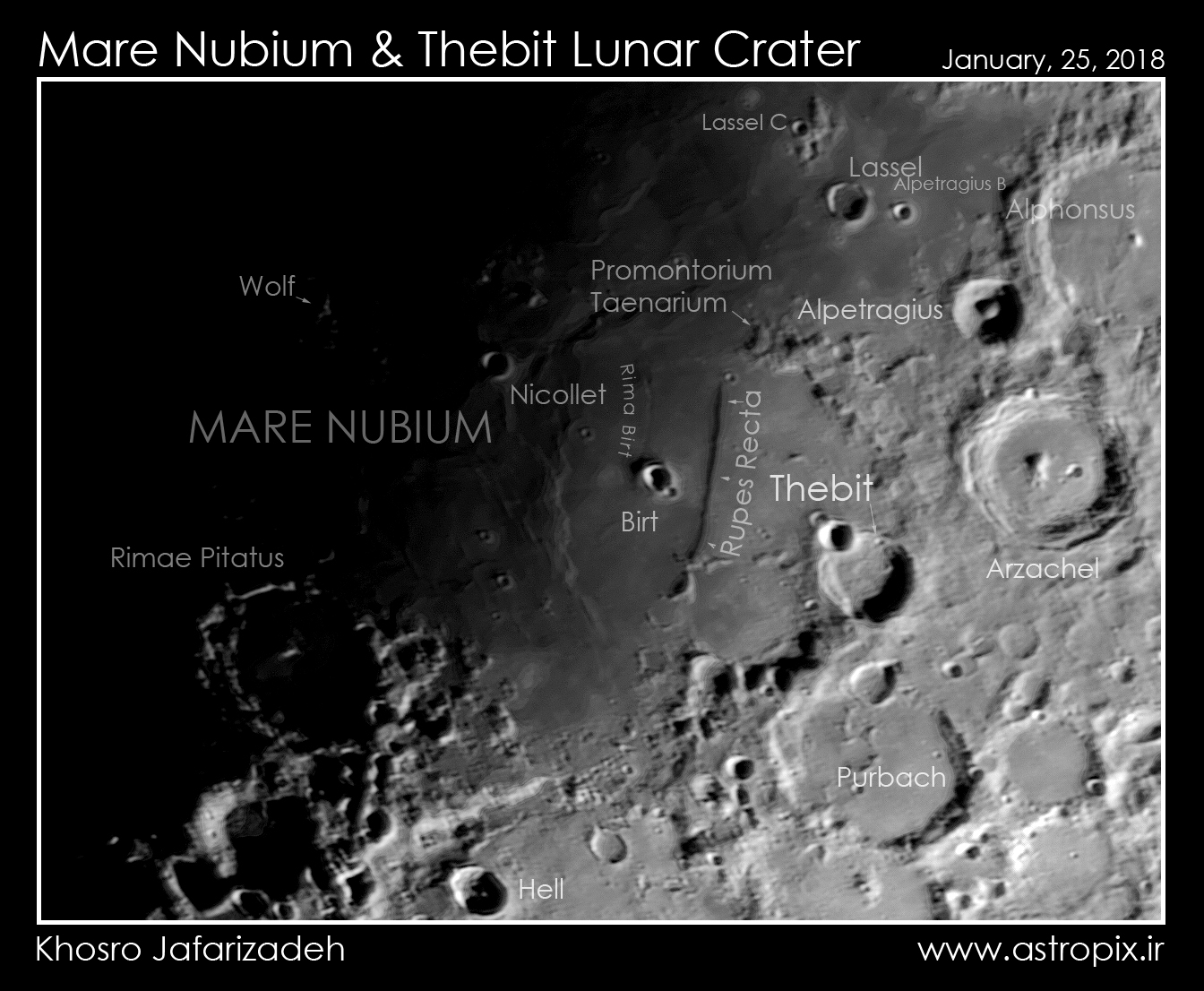 Thebit (crater)
(Wikipedia)
Thebit is a lunar impact crater located on the southeast shore of Mare Nubium. To the north-northwest is the crater Arzachel, and Purbach lies to the south-southwest. To the southwest is the flooded remnants of Thebit P, which is actually larger in diameter than Thebit itself.The rim of Thebit is generally circular in outline, with a double-notch in the southwest wall. A prominent bowl-shaped crater, Thebit A, lies across the west-northwestern rim. The west-northwestern rim of this crater is overlain in turn by the even smaller Thebit L. Together this forms an elegant arrangement that makes Thebit relatively simple to identify. The floor of Thebit crater is rough and has no central peak. The rim displays a terrace, and has a hilly outer rampart. Due west of Thebit is a 110-kilometer-long ridge named Rupes Recta, which rises to 240 meters. This linear feature runs north-northwest to south-southeast across the Mare Nubium. Also west of the ridge is the crater Birt.